Cavernous Sinus Thrombosis, a Potential Complication of Sinusitis: A Review of the Management 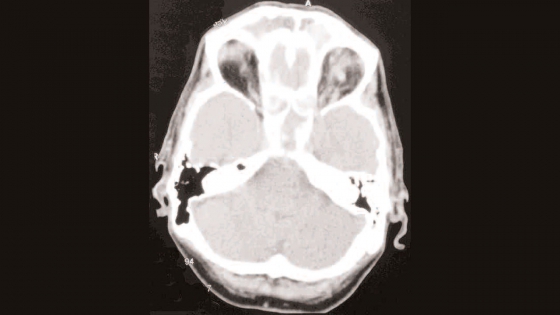 Cavernous sinus thrombosis (CST) was first recognized in 1821 as a pathological entity.1 Throughout the 19th century, it was reported as a disorder with a catastrophic outcome and in this preantibiotic era was associated with an almost 100% mortality. Death due to CST was typically due to sepsis. Attempts were made to alter the morbid course of this disease by recommending surgery, but unfortunately the outcome was often just as fatal as the disease itself. Sulphur drugs were introduced in the 1930s and it was during this era that the first survivor was reported. In the ‘40s and ‘50s with the development of antibiotics more patients survived1 and by the ‘60s the disease had become a rarity. Since the introduction of antimicrobial agents the incidence had markedly reduced yet the threat of morbidity and mortality (still at 20–30%)1 necessitates early diagnosis and treatment to minimise these risks. The authors present

Make sure you enter the (*) required information where indicated. HTML code is not allowed.

Email:
This email address is being protected from spambots. You need JavaScript enabled to view it.